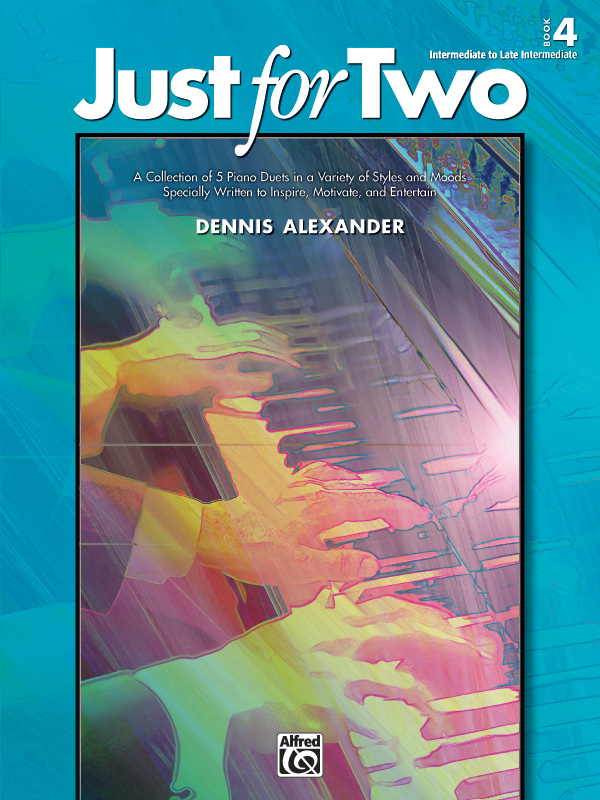 The solo piano series Just for You was one of Dennis Alexander's first publications with Alfred and has remained one of his best-selling series. In Just for Two, Dennis has created duet versions of many favorites from each book of the original series. Students will enjoy making music together with these duets that are "twice the fun" as the originals. Titles: Cool Move * Lullaby for Ryan * Notturno in E-flat Major * Roly-Poly Rag * Tarantella Fantastico. "Notturno in E-flat Major" and "Tarantella Fantastico" are Federation Festivals 2016-2020 selections.