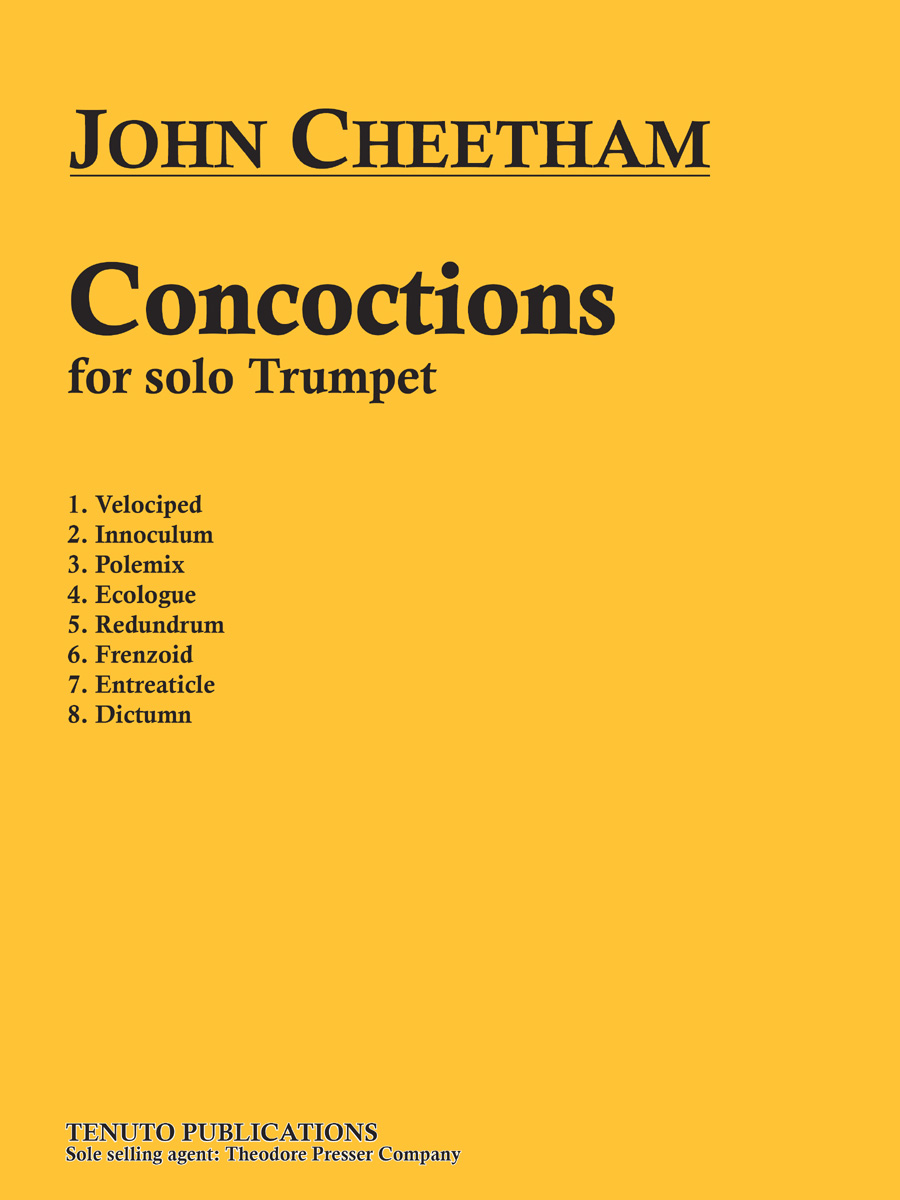 Concoctions was composed in 1978 for Dr. Betty Scott, who was professor of Trumpet at the University of Missouri-Columbia at the time. The work consists of eight short movements, ach of which is intended to portray an action, concept or mood. The concocted titles are the composer's attempt to describe the character of each movement, which range from Velociped (from velocity) to Frenzoid (from frenzy). For advanced players. Dur.: 6