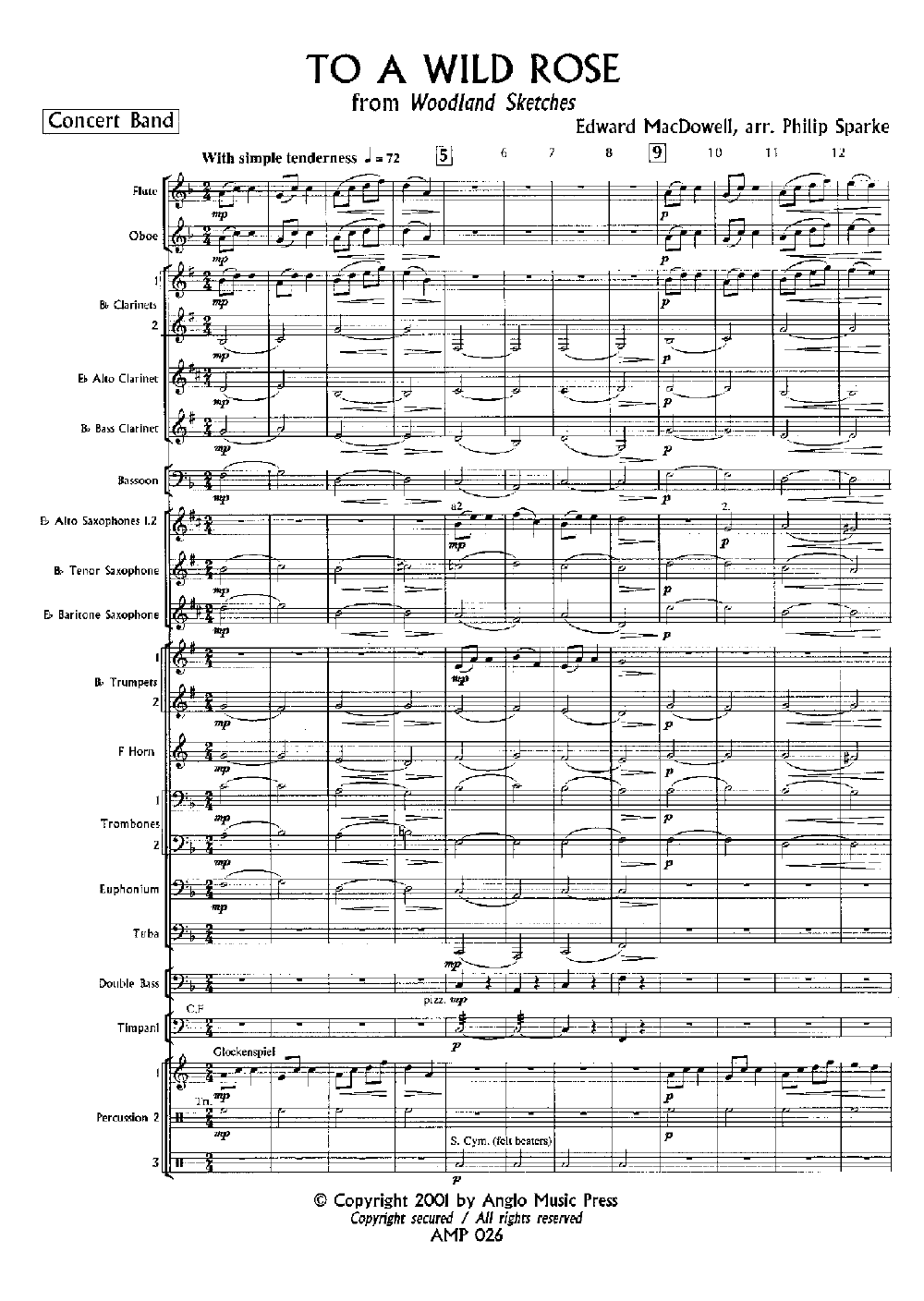 Edward MacDowell is usually regarded as the first great American composer, though he disliked the idea of being classified as any sort of musical nationalist. He composed a large number of orchestral works, but it is the charming and unpretentious suite of musical miniatures Woodland Sketches that has survived as his best-known work. Philip Sparke has arranged its most popular movement, To a Wild Rose, for concert band.