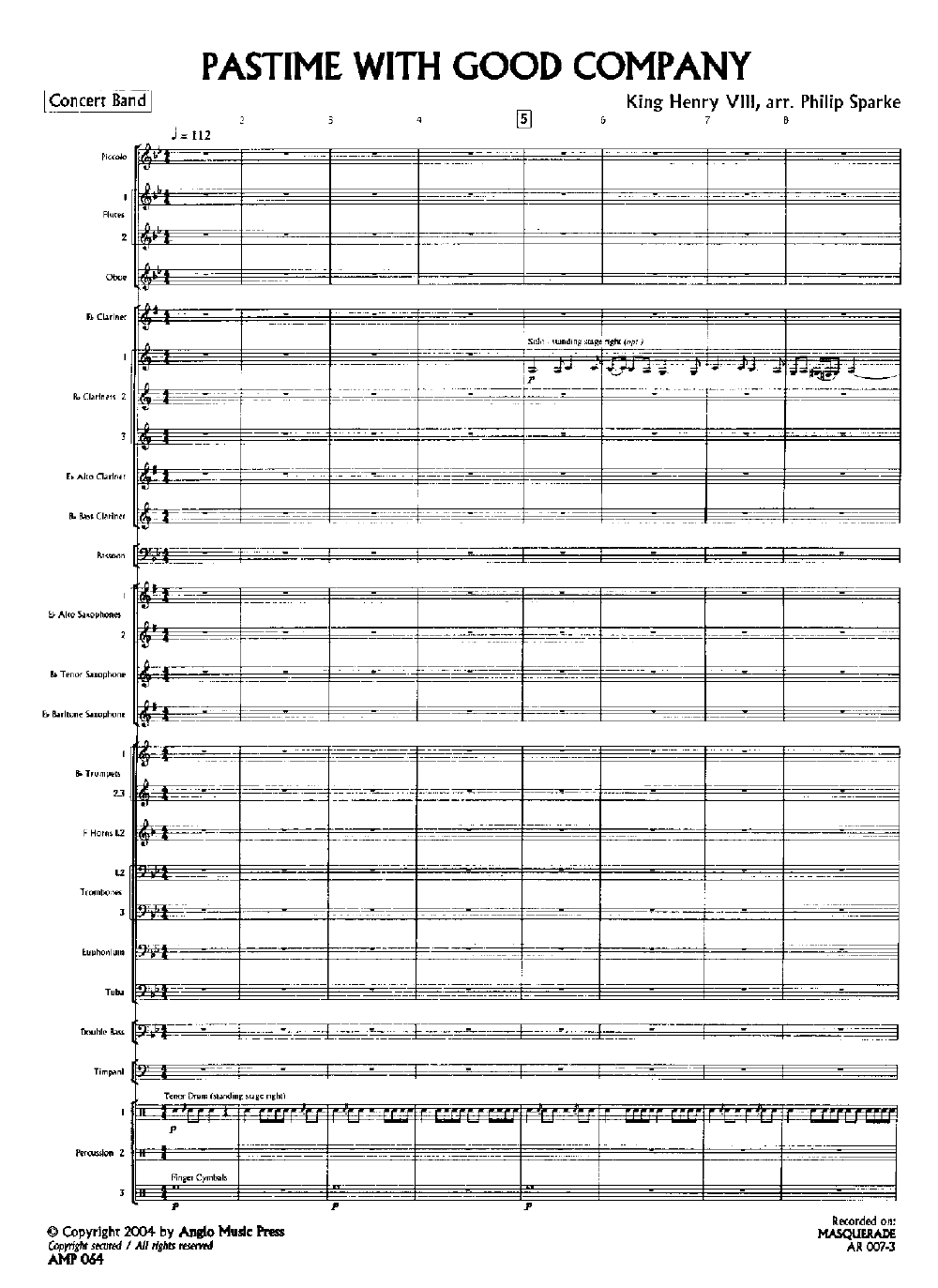 Henry VIII (1491-1547) is mainly remembered for disposing of his wives on a regular basis and breaking with the Catholic Church when the Pope Clement VII refused to grant him a divorce so he could marry Anne Boleyn. He was, however, a gifted athlete, dancer and composer, writing many songs, poems and consort pieces (though not Greensleeves, as is often believed). Pastime with Good Company is undoubtedly the best-known of these, written in the first years of the 16th century while he was still a handsome prince, newly married to Catherine of Aragon and the envy of Europe. The lyrics tell the joys of hunting, dancing and singing, and would have been sung as part of the court entertainment.