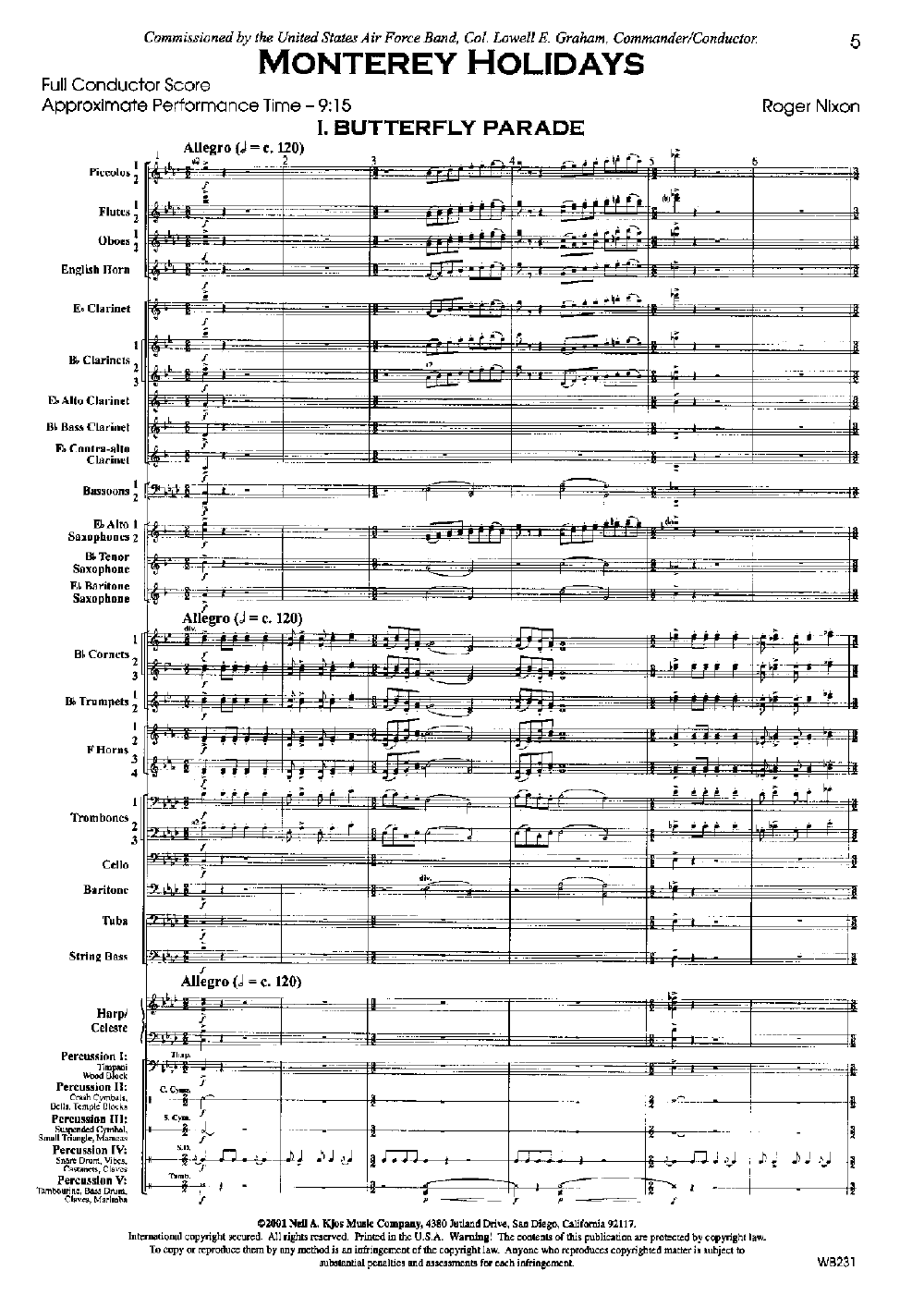 Cast in three movements, Monterey Holidays was written to honor and celebrate one of Northern California's most magnificent cities.Â  Each movement depicts local festivities held around the City of Monterey.Â  Commissioned by the United States Air Force Band, the instrumentation includes an optional part for cello.Â  Substantial doubling and cross-cueing is included throughout the score allowing for good performances even with less than the full instrumentation.